Ask your body how it feels about cannabis prohibition propaganda

Today Essex Police posted a piece of propaganda to their Facebook page that would make Harry J Anslinger proud. This disgraceful display of reefer madness era hysteria is a blatant disregard of common sense, basic science, and a further indictment of the failed War on drugs.

The image below was shared with their 13,000 strong followers. The post was immediately met with derision, bemusement, and disbelief that an institution that is meant to uphold our human rights and protect the public would spout such outdated, outrageous, and obvious lies. 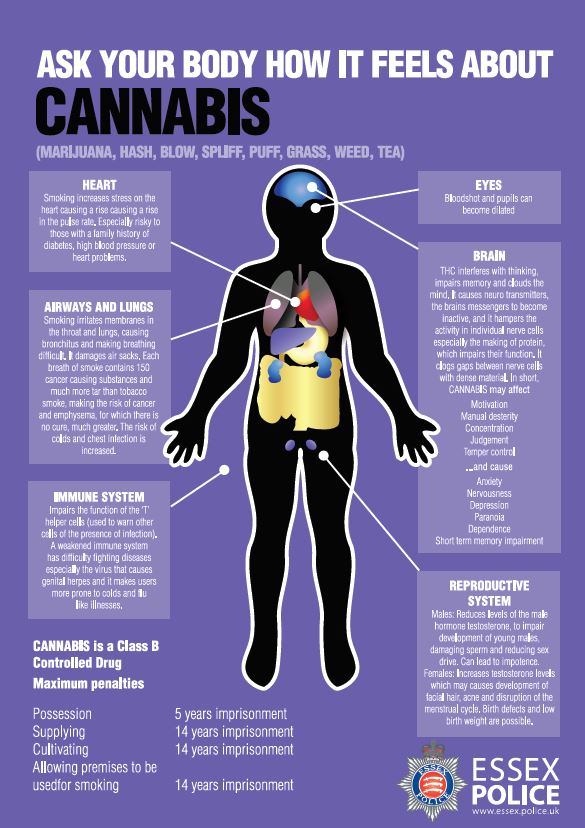 The post titled “How your body feels about cannabis” is factually inaccurate, laughably antiquated, and exactly the reason policing institutions continue to lose respect in the communities they purport to serve.

Under the deliberately misleading headline are terms that, I guess the force believes are popular street synonyms for cannabis. “Marijuana, Blow, Puff, Grass, and Tea” These are not popular terms used in the modern UK cannabis scene. Now if you’d said “fire, dank, herb, or bud” I would at least feel like they’re keeping up to date with current street vernacular.

The image breaks the body down into 6 sections, starting with the heart.“smoking increases pressure on the heart causing a rise causing a rise (Their typo) in the pulse rate, especially risky for those with a family history of diabetes, high blood pressure or heart problems” This statement may be true of Tobacco consumption but cannot be said about the smoking of pure cannabis.

Although, the consumption of THC is linked to increased heart rate research has shown that cannabinoids can protect the heart. The deliberate use of “smoking” and not “smoking cannabis” in this quote is misleading and manipulative of the reader.

The next body part is the eyes, where the force has simply noted “Bloodshot and pupils dilate” I am not sure what the reader is meant to take from this. Human eyes dilate and become bloodshot through many natural and legal ways such as sleep deprivation, seeing someone you love, imbibing in alcohol, and much more.

Stop number 3 on this ill-informed road-trip around the body according to Essex constabulary is airways and lungs where they write “Smoking irritates membranes in the throat and lungs, causing bronchitis and making breathing difficult. It damages air sacks. Each breath of smoke contains 150 cancer-causing substances and much more tar than tobacco smoke, making the risk of cancer and emphysema much worse, for which there is no cure. The risk of colds and chest infections is increased”

There is a lot to breakdown here, so let’s start with the claim that there are 150 cancer-causing substances in cannabis. I cannot find any studies to support this claimed number. There are plenty of studies quoting numbers in the region of 30 – 50 yet they all go on to explain how cannabis acts as a bronchial dilator and can protect and even improve the functionality of lungs.

The claim that cannabis contains more tar is also misleading. The consumption of combusted cannabis does produce tar but the amount that is inhaled depends on the consumer and their personal method of inhalation. Using a glass roach or some of the mass-produced filters available can reduce the amount of tar you inhale to less than that of a cigarette.

Comparing the carcinogenic properties of smoking cannabis to tobacco is ridiculous. Although both tobacco and cannabis smoke have similar properties chemically their pharmacological effects differ greatly. There are various cannabinoids found in cannabis that have been shown to have anti-cancer properties. Ultimately, the compounds in cannabis minimise carcinogenic pathways whereas tobacco smoke enhances them. So conflating them is naive at best. 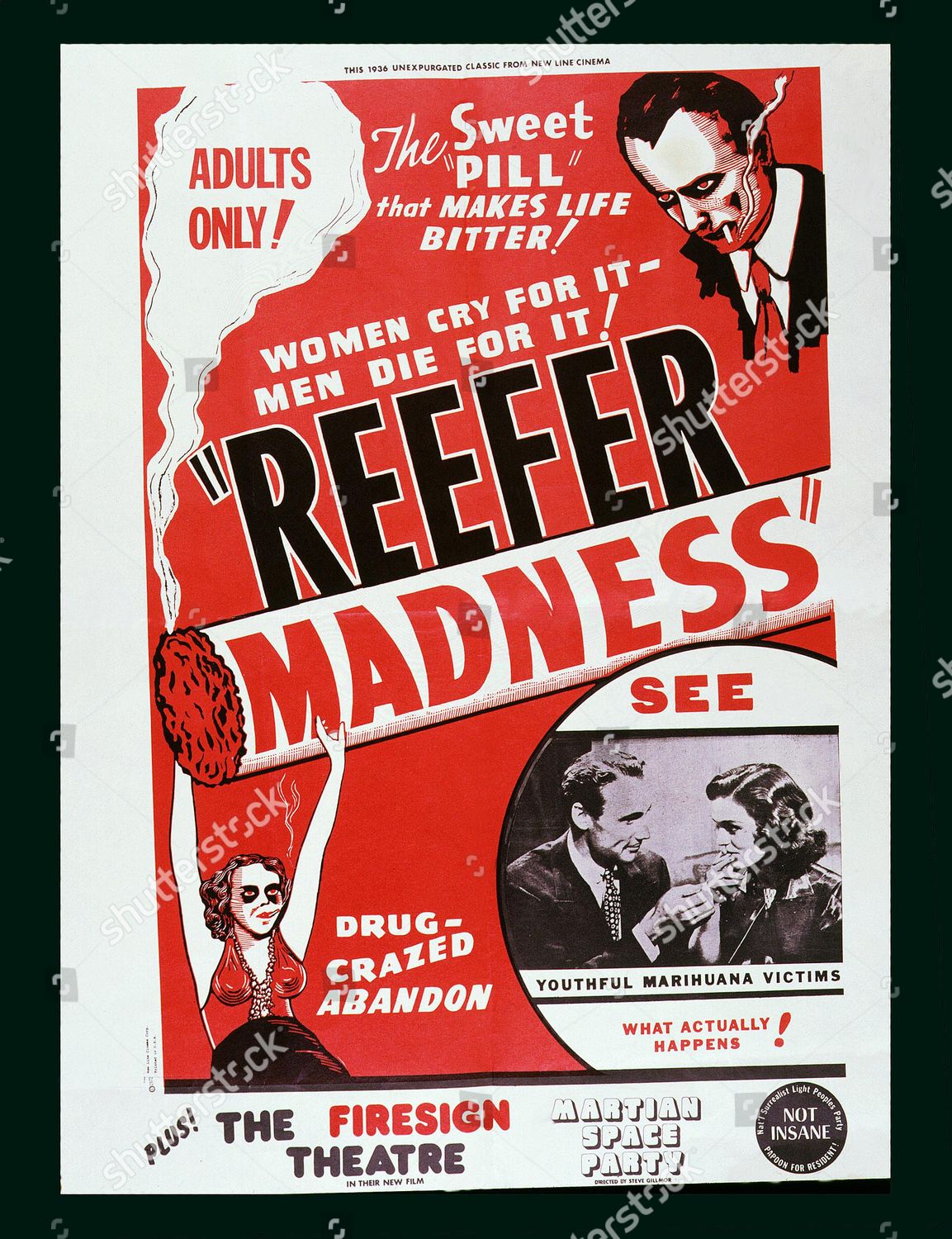 Now on to the brain, where the constabulary copy and pastes the following pearl of wisdom straight from a DARE press release.“THC interferes with thinking. Impairs memory and clouds the mind. It causes neurotransmitters the brain messengers to become inactive and it hampers the activity of individual nerve cells especially the making of protein, which impairs their function. It clogs the gaps between nerve cells with dense materials. In short, cannabis may effect; motivation, manual dexterity, concentration, judgment, temper control and cause anxiety, nervousness, depression, paranoia, dependence, short term memory loss”

Firstly, the assertion that cannabis consumption causes neurotransmitters to become inactive is a vague and uninformative statement. It doesn’t make much sense given the fact that we know that cannabis cause neurogenesis and is a neurological protectant, after all, there is even a patent for it. (#6630507B1) Secondly, the hampering of protein production is currently being viewed in academia as a positive thing, as it helps in the removal of toxic proteins associated with Alzheimer’s disease.

The list that is mentioned doesn’t take into consideration the legal status of cannabis and the ill-effects of cannabis prohibition on the individual consumer. After all who wouldn’t be paranoid carry cannabis when you could lose your freedom, your job, and your home for getting caught with it. The above list is also symptoms of alcohol consumption, yet we don’t expect the police to lie to people to help them reduce their alcohol consumption.

This ridiculous statement has got to only be a poorly advised attempt to scare teenagers, why else reference herpes in particular? Cannabis has been shown to protect the immune system and regulate immunosuppression in a range of immune disorders such as; multiple sclerosis, diabetes, septic shock, and rheumatoid arthritis.

Finally, the reproductive system“Males – it reduces levels of the male hormone testosterone to impair the development of young males – damaging sperm and reducing sex drive and can lead to impotence. Females – Increases testosterone levels. Which may cause development of facial hair, acne, and disruption of the menstrual cycle. Birth defects and low birth weight are possible”

This is simply incorrect as the is a wealth of research showing that cannabis doesn’t damage sperm, and in fact, it can increase testosterone in men. There is, unfortunately, not enough studies on the effects of cannabinoids on androgen (female testosterone) and pregnancy for me to completely deny their comments. However, I do feel the mention of facial hair and acne could be an insidious attempt to play on the insecure female trope popularised by our culture and to dissuade them from trying cannabis in the first place. A classic characteristic of reefer madness era propaganda.

Ultimately, You have to ask yourself who was this post aimed at and why are they publishing it now? The language and points raised would seem to me to indicate they were targeting younger consumers, particularly teenagers. I think the reason it was published was more than likely a reaction to the news that yet another constabulary is planning to stop arresting cannabis /consumers for possession and the landslide victory of cannabis reform initiatives in the recent US election.

You can read about the US drug reform election results here

The statements and claims presented in this post were unevidenced, unscientific, and deliberately misleading. The press officer that produced this piece of prohibition propaganda should be held accountable for publishing flagrant lies and ideological material in support of a fraudulent conspiracy against the British public.

The lack of individual due-diligence and subsequent actions bring the entire force into disrepute and once again prove to the public just how outdated, uneducated, and unnecessary the police are when it comes to drugs.

The post was removed by Essex Police at 5pm 8/7/2020 after receiving dozens of mocking comments and reactions. It just goes to show that when misinformation and flagrant lies like this appear on police social media accounts that the actions of everyone really can make a difference!