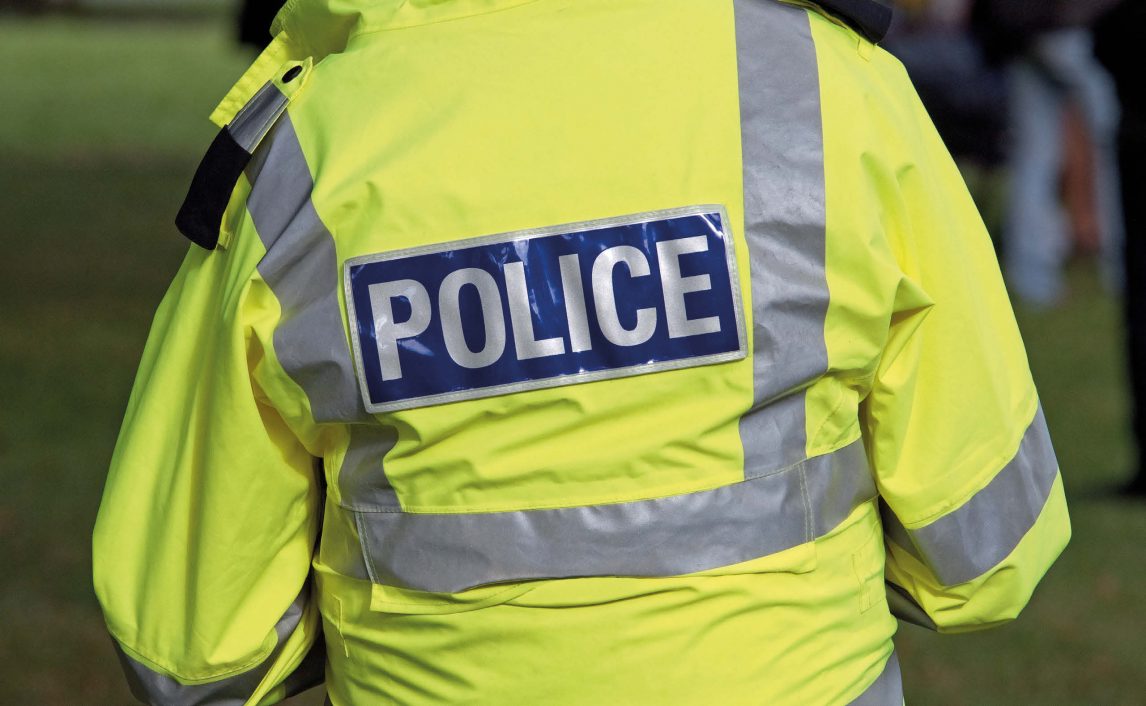 How is it that a small county in the northeast of England has become the epicenter for Cannabis law reform in the UK over recent years? Well, that is down to the two men that control the county’s police force and dictate its drug policy. Ron Hogg, Durham Constabulary PCC (Police and Crime Commissioner), and Mike Barton, Durham constabularies Chief Constable, are the two men behind the county’s new and refreshing approach to Cannabis policing. Collectively, these two senior civil servants have over 50 years’ experience attempting to enforce antiquated prohibitive policies on substances such as Cannabis.

It was in late 2014 when Durham Constabulary announced it was reviewing its drug policy with a special focus on Cannabis. The decision was made against the backdrop of consecutively austere budgets and several rounds of severe and continually deepening funding cuts. In December of the same year, the force declared its intention to deprioritise personal consumption and cultivation of Cannabis, instead choosing to focus their ever-dwindling resources on serious criminality in the region and on crimes that have actual victims.

This ground-breaking approach was applauded by the plethora of anti-prohibition organizations that operate in the UK and have spent decades fighting this flawed, antiquated, and draconian policy. It was almost immediately met with hostility and mocking editorials at the hands of the conservative British press. It was also greeted with a great deal of derision and suspicion by our out-of-touch politicians, who’re drunk on their own ideology, misinformation and lies. As well as those members of the public that are still very much operating under the influence of ‘Reefer Madness’ era propaganda.

“The fact that police forces are recognizing the futility of criminalizing those who use drugs and are willing to implement alternative approaches shows that they are well ahead of the government when it comes to recognizing what good public policy can look like. We hope that the government takes note and learns from local policing initiatives—such as those in Bristol and Durham—so that they can inform a much-needed shift in national policy.” – Niamh Eastwood, executive director of Release a UK based Drug policy reform organization.

The policy, however, was rather popular with several of the democratically-elected PCC’s and chief constabularies of other forces with Avon and Somerset, Derbyshire, Surrey, Devon and Cornwall and Dorset all adopting a similar stance shortly after PCC Hogg’s announcement. The voting public also demonstrated their support for this progressive policy too – with Ron Hogg being re-elected in 2016 for another term as Durham PCC with an even higher mandate. Securing his seat with more votes than all the other candidates combined.

So how does it work? Is Cannabis now legal in Durham? Well, no. Cannabis still remains a schedule 1 drug that carries a class B penalty for cultivation, possession and dealing the same as the rest of the country. Durham Constabulary has merely deprioritised Cannabis meaning that its officers, whose ranks are some 400 officers lighter since austerity started in the UK, will no longer actively target consumers and personal cultivators within the county.

Coupled with this de-prioritisation approach is the “checkpoint scheme” which has been hailed as a world first and aims to divert members of the public who have been unlucky enough to be caught in possession of a small amount Cannabis or other personal substance of choice. This innovative approach is evident that even the Police are beginning to understand that, at its core, prohibition and the subsequent criminalizing of otherwise peaceful Cannabis consumers causes far more harm than the consequences and side effects of any of the drugs that they’ve spent decades attempting to control and govern.

The Checkpoint scheme was launched in April 2015 by Ron Hogg and Mike Barton is designed to help save the force’s ever-lessening funds and offer an alternative to prosecution and potential incarceration for low-level offending. The scheme rightly doesn’t cover serious crimes such as rape, robbery or violent crimes such as domestic abuse, hate crimes, manslaughter, and murder. It won’t cover driving offenses either as there is already an education based alternative to criminalizing motorists in the form of speed awareness courses – once again proving that education works far better than criminaliastion in crime prevention.

“If you have a small amount for personal use you will not be prosecuted, you go into Checkpoint. It frees up time to investigate more serious crime – that’s why we have a good detection rate.” – Mike Barton Durham Constabulary Chief Constable

The checkpoint scheme offers eligible offenders a 4-month contract to engage in as an alternative to facing potential prosecution and incarceration. The contract offers various customizable interventions and options to address the underlying reasons why they may have committed the crime in question and aims to provide support to attempt to prevent recidivism.
The pioneering scheme is expected to cut re-offending rates and save taxpayers £135m over ten years while freeing up police resources to tackle serious crime that has victims and blights the daily lives of the county residents.

This is a rather refreshing alternative approach to the classic blueprint of criminality in which an otherwise law-abiding citizen is criminalized for personal possession which can lead to further criminality and detrimentally affect their future career, relationships and life chances.
This system is a welcomed first step in the journey of a thousand towards safeguarding Cannabis consumers, who are quite possibly the UK’s largest unrepresented demographic. This means that a young person who consumes Cannabis won’t face criminaliastion for utilizing a drug that is far safer than Alcohol, a drug which costs the NHS billions annually. A drug I’m also sure that Mr. Hogg and Mr. Barton will agree with me causes exponentially more damage to society and the individual – all while costing the institution billions to police and clean up every weekend in town and city centers across the nation.

It is worth noting that since the checkpoint scheme was introduced that the local constabulary has been the only force out of all 43 in the country to be ranked ‘outstanding’ three years in a row by Her Majesty’s Inspectorate of Constabulary and fire and rescue services (HMICFRS) the regulatory body responsible for overseeing the effectiveness of British policing.
The checkpoint scheme was extended in 2017 to allow for low-level dealing. There is a solid logic to this decision. It seeks to avoid incarcerating consumers who’re selling to help support their habit by granting them space on the scheme too.

“The status quo is not tenable. It’s getting worse. Drugs are getting cheaper, stronger, more readily available and more dangerous. I have come reluctantly over the years to the conclusion that we need to regulate the market.” – Mike Barton Durham Constabulary Chief Constable

We have known for many years that drug prohibition causes far more harm to the individual and society than any individual drug ever could and finally it would seem that even the authoritative institutions tasked with enforcing these arbitrary laws are beginning to recognize the absurdity and futility of criminalizing peaceful Cannabis consumers while allowing a legal drug like Alcohol to ravage our culture.
“We are not going soft on drugs, we are going sensible.” – Durham Constabulary spokeswoman
It was also recently announced in July 2018 that Durham magistrates courts would no longer issue search warrants based on suspicion of personal cultivation of Cannabis in the county, a move applauded by cops and consumers alike. Cannabis consumers in the county can now grow their own and remove themselves entirely from the black market, thereby depriving criminals of millions of pounds and negating the average Cannabis consumers from having to interact with criminal dealers who too often only sell Cannabis for the profit motive. Furthermore, many deals are often selling far more dangerous and addictive substances alongside it.

When talking with cultivators in Durham they expressed that although they no longer fear the police breaking into their home to steal their crop, they are, however still afraid of criminal gangs who target personal growers to profit from their garden. They know that these personal growers cannot simply ring the police for protection. One wonders how long it will be before Cannabis consuming citizens are afforded the same legal protection as those who choose to indulge in Alcohol and Tobacco – two drugs that arguably cause far more harm to society and the individual.

This progressive alternative policy to prohibition is protecting the most vulnerable in our society from being unfairly and unnecessarily criminalized and incarcerated. These are the first tentative steps into a brave new world where the public is no longer a victim of the antiquated and draconian policing practice of drug prohibition.

Ultimately, County Durham has planted the seed – that if we’re diligent and caring enough could grow and bloom into a post-prohibition paradigm, a world in which you, dear reader, are no longer considered a criminal for consuming a plant.

A legal regulated adult Cannabis market in the UK would go a long way to lessening the extensive harms of other currently legal and illegal substances that pose not only the risk of addiction but also the risk of overdose by providing a safe alternative intoxicant that has never (ever) killed anyone.